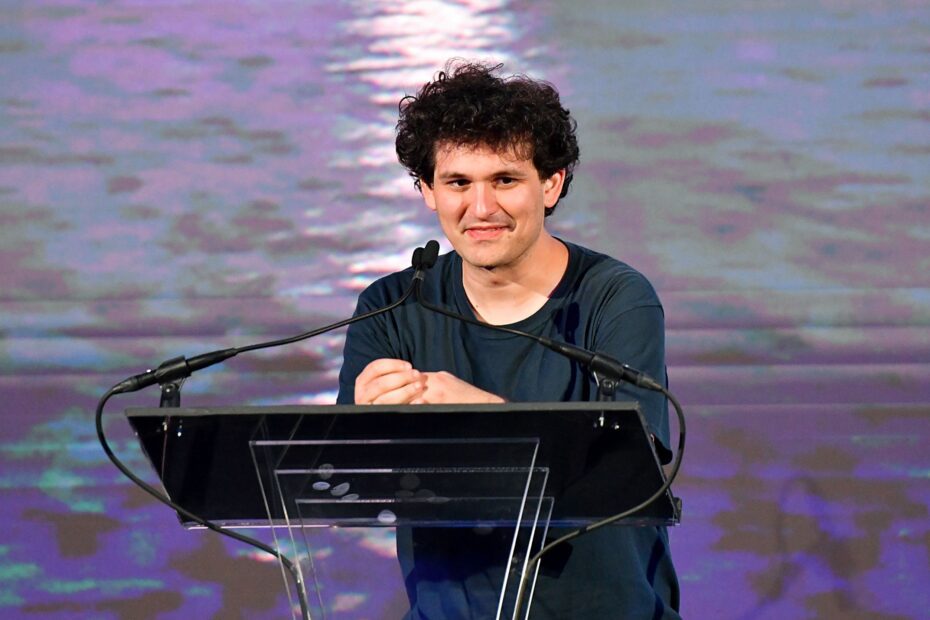 Some people worry that exchange juggernaut Binance may be the next cryptocurrency domino to fall in the wake of the arrest of FTX CEO Sam Bankman-Fried.Many people ask Can We Trust CZ, the founder of Binance, and His Crypto Exchange?The arrest of Sam Bankman-Fried (“SBF”) on Monday marked the end of a historic moment for the cryptocurrency industry’s world of memes, cash, and mayhem. The founder of FTX exchange was arrested, garnering widespread media attention that significantly eclipsed the second major cryptocurrency news of the day: doubts about the viability of Binance, the biggest cryptocurrency exchange by trading volume.A collapse of Binance would be cataclysmic for the developing crypto market, much like the fall of FTX.

In October, the month before it failed, the third-largest cryptocurrency exchange by spot volume completed about $37 billion in spot trades, according to CryptoCompare. In that month, Coinbase, the second-largest exchange, processed $47 billion. In contrast, Binance’s spot trading volume reached a record-breaking $390 billion in October. Like other exchange leaders, Binance CEO Chanpeng Zhao (“CZ”) has been trying for more than a month to persuade users that his platform is completely different from FTX, the SBF-led exchange that went bankrupt after mishandling user cash.

However, Binance is mostly unregulated, similar to FTX, and not everyone believes CZ’s constant claims of propriety. A poor audit of the exchange’s reserves, followed by rumours of criminal investigations into executives at Binance, scared consumers to the point that record withdrawals from the site occurred during the last week.

Although it appears that Binance is holding up so far (there are no overt indications that the exchange has misappropriated user funds in the manner of FTX), recent events have brought to light the fact that Binance, which operates outside the purview of regulators and tracks customer holdings on its own servers rather than on open blockchains, requires a significant amount of trust from its users in order to function. This is a little challenging to do in the “trustless” world of cryptocurrencies. The most important participants in the cryptocurrency market are centralized exchanges, or platforms like FTX, Coinbase, Kraken, and Binance, which take direct custody of user cryptocurrencies rather than leaving tokens in a user’s personal blockchain wallet in order to enable trades.People are wary of trusting other, similarly centralised platforms after being duped by FTX, the largest cryptocurrency exchange to fall after exploiting its depositors. The level of distrust toward cryptocurrency exchanges that hold customer funds varies, though.

In contrast to U.S.-regulated exchanges like Coinbase and Kraken, Binance (like FTX) functions in a legal limbo. The company was initially established in China but departed the nation in 2017, just before its government outlawed trading in cryptocurrencies. Today, Binance conceals its headquarters location on purpose.

The main, largely unregulated version of Binance is by far the largest, despite the fact that there are jurisdiction-specific versions, such as Binance.US, that operate independently from the main Binance platform. Binance.US doesn’t even make the list of the top 10 cryptocurrency exchanges by volume of spot trading.

Binance, Kraken, and Coinbase. Binance platforms that are special to the US and other jurisdictions are closely regulated and subject to routine accounting disclosures. But compared to its rivals, the primary Binance platform doesn’t undergo the same kind of regulatory scrutiny. As a result, it is able to provide products for relatively modest fees that it would not be able to provide in the United States and many other nations, such as complex derivative contracts and margin trading facilities that enable users to borrow money in order to place larger, riskier bets. After a much-maligned “proof-of-reserves” report from the exchange failed to persuade observers that it was adequately collateralizing assets behind the scenes, worries about a Binance collapse grew over the weekend.

Record outflows from Binance occurred over the weekend as a result of widespread skepticism towards the report, which users criticized for its incompleteness and selective disclosures. Investors withdrew almost a billion dollars from the exchange in just one day.

Money kept pouring out of the transaction. Money kept pouring out of the transaction.

on Monday following the publication of a Reuters report that described a U.S. Department of Justice investigation into Binance, one of many ongoing inquiries into the company by international law enforcement agencies. Federal prosecutors are debating whether to accuse leaders of Binance, including CZ, with money-laundering offenses, according to Reuters.

Users soon criticized Binance for everything from its ability to change the ledger of its “decentralized” BNB blockchain to the solvency of “bridged” versions of BUSD, Binance’s stablecoin. News of Binance’s legal issues only widened the floodgates. $2 billion in net withdrawals from Binance’s platform were recorded on Monday,

The greatest withdrawal event for the exchange since last June, $2 billion in net withdrawals from Binance’s platform were recorded on Monday, according to the crypto analytics firm Nansen.

The USDC stablecoin, the second-largest stablecoin and a crucial tool in the cryptocurrency financial markets that remains “pegged” to the price of one dollar, had its withdrawals temporarily halted by Binance due to the massive outflows.

In order to conduct a “token swap” of USDC stablecoins for its own BUSD stablecoins — a sort of pragmatic move required to free up liquidity for additional withdrawals — Binance stated it had to halt USDC withdrawals.

Concerning headlines were generated by the action, including one from CNBC, which stated that some users believed the stop to be yet another evidence that Binance may not be completely collateralizing user funds behind the scenes. (It should be noted that stopping stablecoin withdrawals was one of FTX’s final moves before declaring bankruptcy.)

Despite the controversy, Binance’s justification for pausing USDC withdrawals seems logical on the surface. The exchange has at least $60 billion in on-chain reserves, which is more than enough liquidity to satisfy client withdrawal demands and significantly more than FTX had (as a percentage of total user assets) when it collapsed, according to Nansen’s accounting of Binance-linked blockchain wallets.

Why is Binance trustworthy? Why is Binance trustworthy?

Users still rely on Binance despite its lack of transparency.

More types of tokens can be traded on the biggest cryptocurrency exchange than on almost any other centralised or decentralised platform, with more liquidity and lower fees. Additionally, it offers tactics that are only available to licenced investors in certain jurisdictions.Some investors still put their faith in CZ with their money, but it’s not just because Binance is the only game in town for certain trading operations. David Siemer, CEO of Wave Financial, told CoinDesk that while he is suspicious of all centralised exchange systems, he is not overly worried that Binance could experience insolvency similar to that of FTX.

Additionally, Siemer pointed out that, at least in comparison to FTX, Binance has been rather conservative in the capabilities it provides customers. According to Siemer, “Binance pushes out things that are relatively proven and true from a functionality sense.”

According to Siemer, FTX struggled in part because it promoted a sophisticated but prone to error cross-margining scheme. In essence, the system was designed to let a user place several different bets against a single pool of collateral; if one of the user’s wagers lost money, the entire pool was subject to liquidation, which would have resulted in the FTX exchange immediately claiming the user’s collateral.

In Siemer’s experience, the system wasn’t always as effective as promised; occasionally, users were able to place significant bets that weren’t automatically liquidated when they ought to have been, which could have resulted in investors losing money on bets that the exchange (and, it appears, other users) should have lost.

Cross-margining is one of the “many strange, weird margining” characteristics that Binance “doesn’t] allow,” according to Siemer, in contrast to FTX.

Additionally, Binance “doesn’t have an Alameda,” according to Siemer. The SBF-affiliated trading company Alameda Research went under after it reportedly traded and lost money that belonged to FTX subscribers.

Both sides were able to “just kind of prop each other up for a long, long period” because [FTX] had Alameda, according to Siemer.

There isn’t a sister company like Alameda to which Binance would have obviously channelled money, despite the fact that it is theoretically possible that the company is using or lending out user monies behind the scenes (the company is reportedly under investigation for money laundering.

How important PR is important PR is his exchange depends on the confidence of its customers.

While there are certain distinctions between FTX and Binance, it is impossible to know what exactly happens at Binance behind the scenes. For his part, CZ appears to be fully aware that the success or failure of his exchange depends on the confidence of its customers.

The founder of Binance, who was formerly more of a behind-the-scenes figure, has become uncharacteristically active on social media recently as the market has deteriorated and the FTX fiasco has continued to play out amid all the “FUD.”

CZ has found time to joke about with his followers between posts supporting Binance, and he most recently shared a tweet from 2019 in which he described himself as “a normal man, nothing fancy” and said that he sought to “seek and create positive energy.”

Thus, one discovers a startling resemblance between CZ and SBF, his former foe. In a world of centralised power and loose restrictions, perception is everything, as both of the founders are aware of.